I love your Avatar M

Tigger was trying to open the door ages ago

he needs to stop saying the H word

he posted it didnt he

and the R word

oh i didn't realise that was tigger! how cute x

Fairy Lucretia said:
oh i didn't realise that was tigger! how cute x
Click to expand...

I have found some fun facts about cats:
1. Cats spend 70% of their lives sleeping
2. A cat was the Mayor of an Alaskan town for 20 years!
3. The record for the longest cat ever is 48,5 inches
4. The richest cat in the world had 7 million pounds, it was called Blackie
5. Cats walk like camels and giraffes, both right feet first, followed by both left feet.
6. Isaac Newton invented the car door.
7. In 1963 a cat went to space, it was know as 'Atrocat' but its name was Felicette
8. Ancient Egyptians would shave off their eyebrows when their cats died
9. House cats share 95,6% of their genetic makeup with tigers
10. The oldest known pet cat existed 9,500 years ago

And of course you deserve friends, midnight 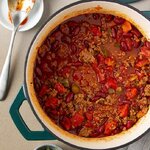 That does look tasty.

purple
You must log in or register to reply here.
Similar threads